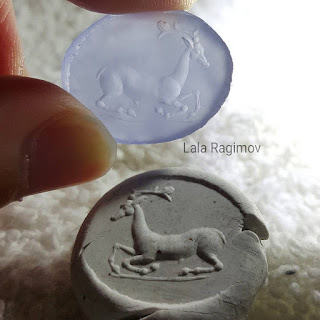 My copy after a circa 300 BC intaglio gem from
Ionic Greece (Hermitage). March 2016

I've always loved ancient Greek and Roman glyptic art and have been very curious about carving in general, but I have never tried it.  When an opportunity came to take a class with a master gem engraver Chavdar Chushev, I was thrilled.

For my intaglios I used a binocular microscope and an electric rotary tool with sintered diamond bits and a continuous water supply instead. 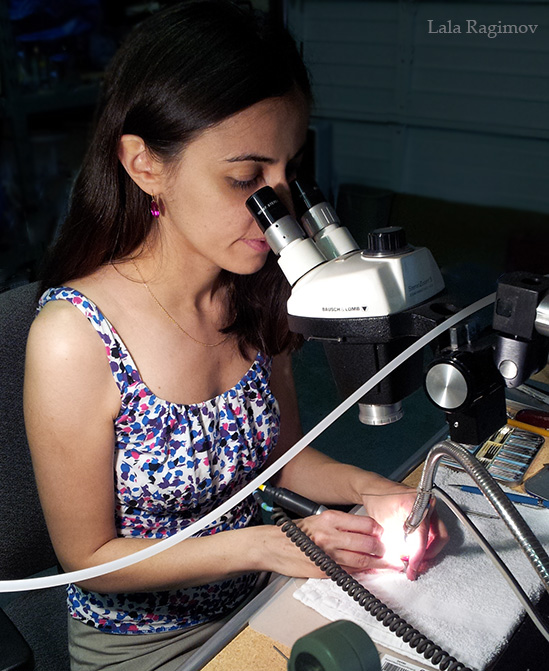 Here are my results so far: 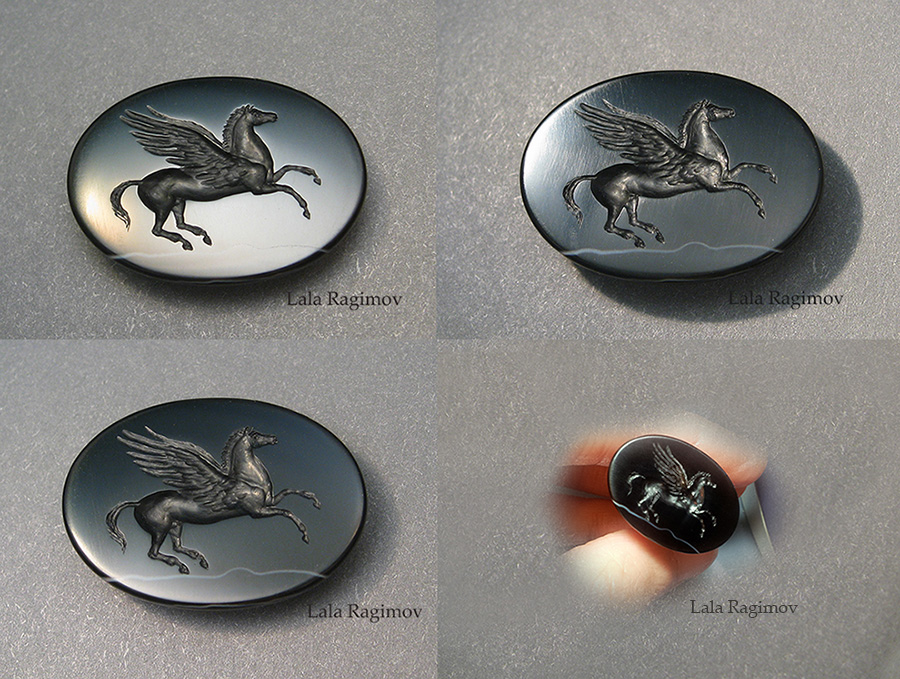 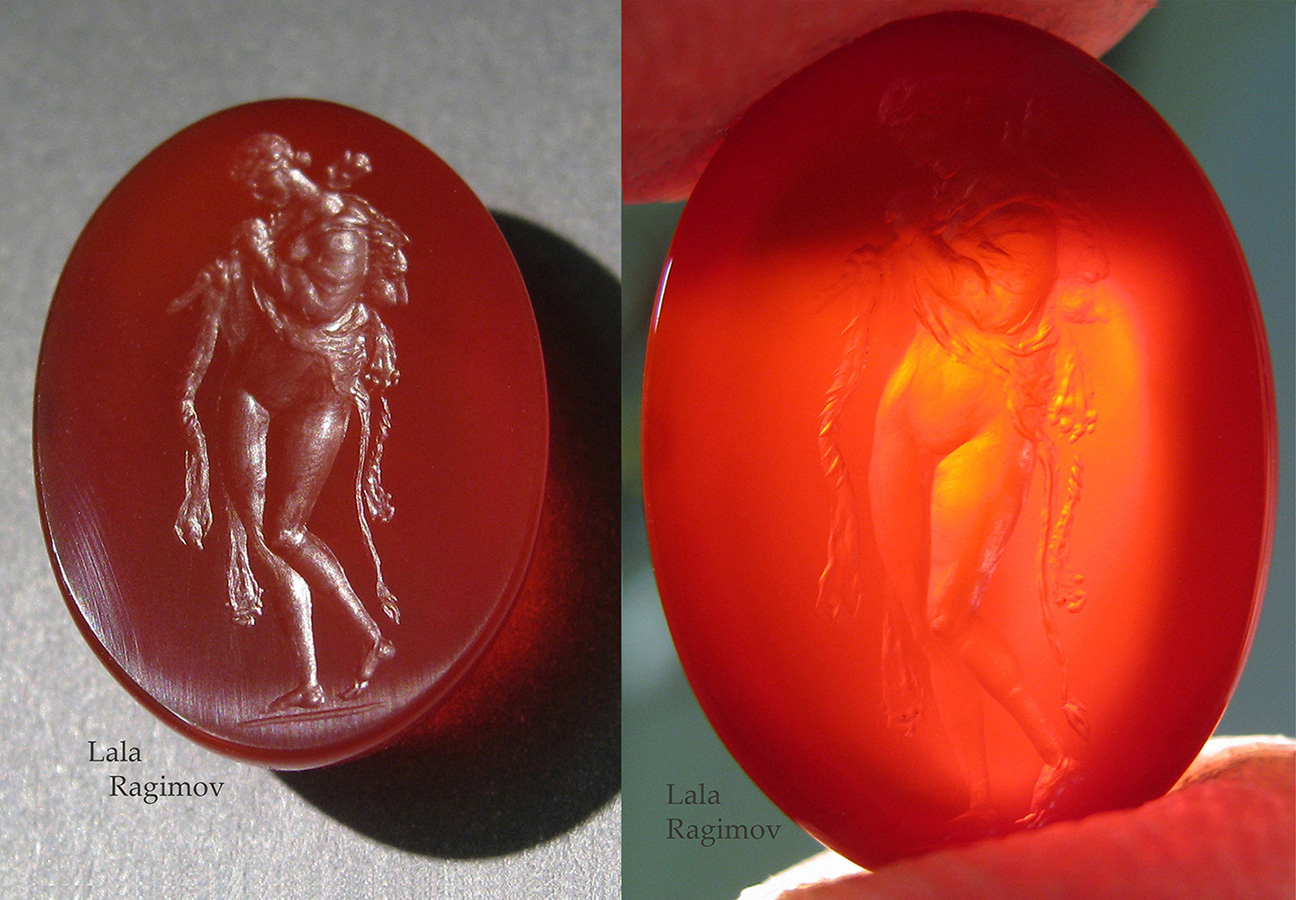 Omphale, carnelian.
This was a freehand copy after a larger Roman gem. 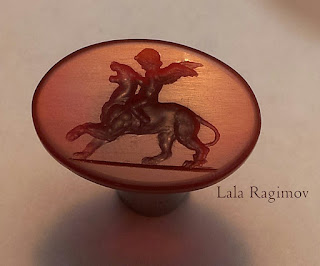 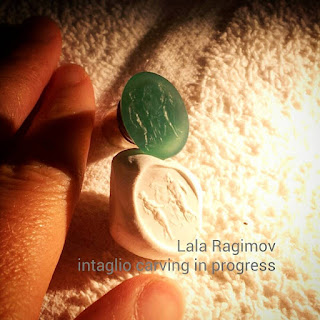 An engagement ring commission on chrysoprase in 2015 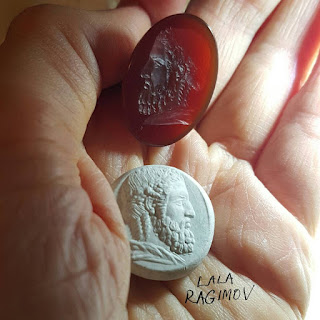 Head of Zeus Olympios intaglio on carnelian and impression,
in progress March 2016


If you are interested to see the entire process from the rough mineral to the finished gem, here is Chavdar Chushev's carving video made for the Getty:

More photos of the process: 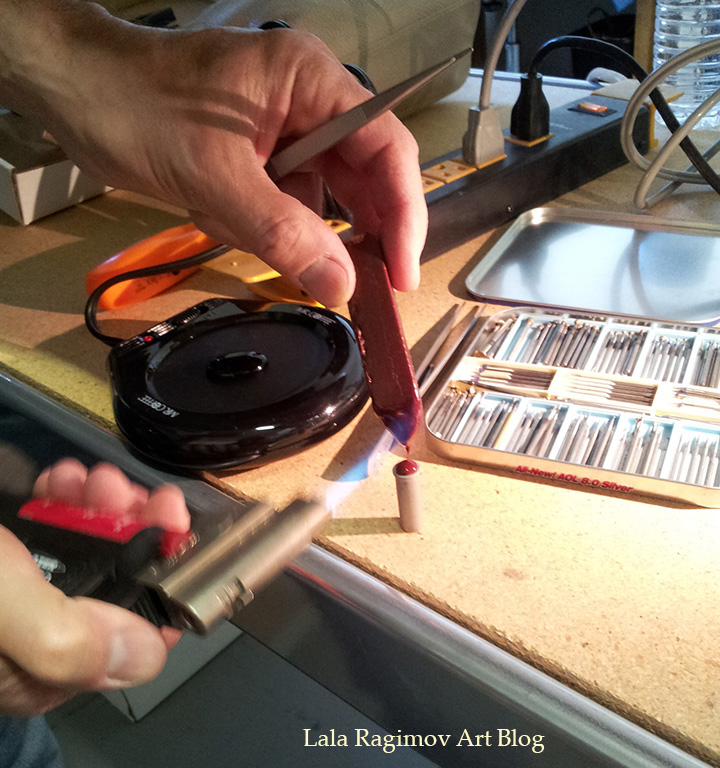 Special wax melted onto a dop stick to attach the gem
that is prepared on a heating surface on the left.
The box on the right contains sintered diamond bits of all shapes and sizes. 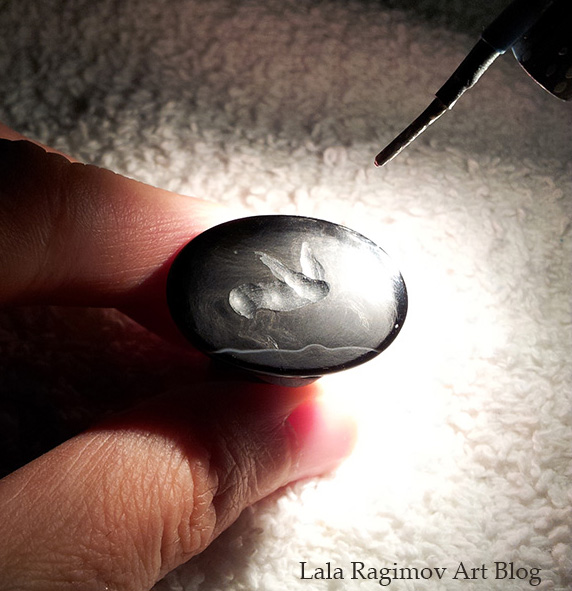 Once the gem was on the dop stick, I sketched the design using diamond point and silverpoint and blocked the main shapes in with large round diamond bits.
Further work was done using smaller round, wheel- and cone-shaped bits.


The biggest difficulty was not being able to see well because water obscures the view as you carve, though not as much as the thick oil and abrasive slurry, which I will try using later.  Another difficulty is learning to control the rotating tool especially when making curved lines.


In parallel I have also tried my hand at caving miniature black coral sculptures using the rotary tool with steel burs, abrasive wheels, nylon brushes, and polishing wheels and compounds.  This was my first time sculpting in the round. 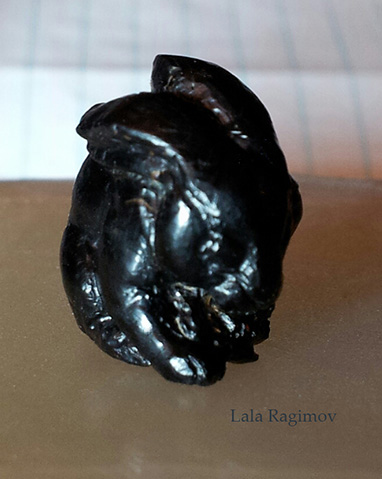 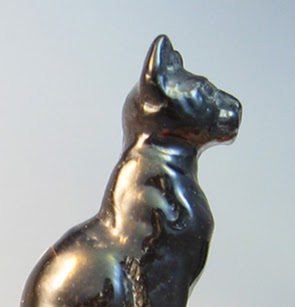 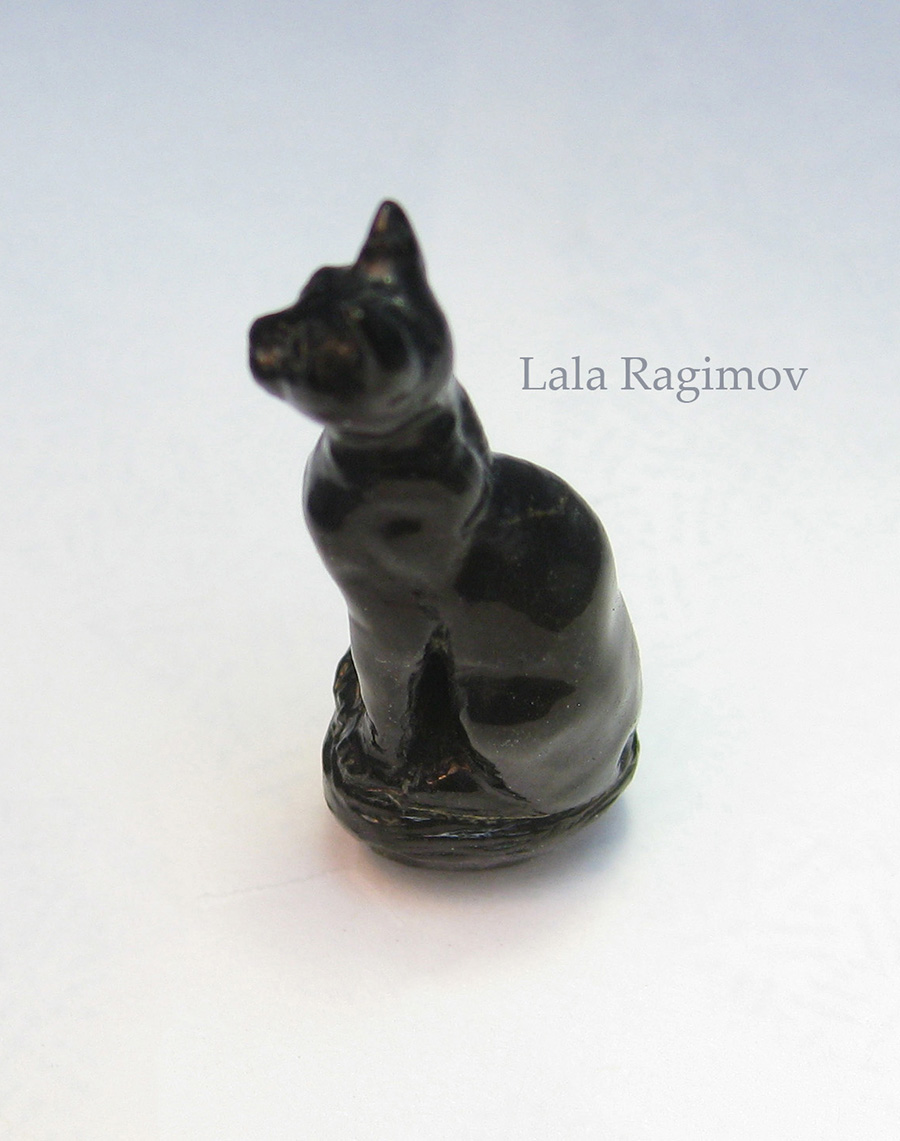